Social Inequality And Insecurity In Canada

Social inequality illustrates a scenario in a society where there is disparity that has limiting effect on a group’s social status and class. Inequality, in this reference, refers to the differences in status, experience, and outcomes among various groups of individuals in the society. The social inequality covers aspects like right to vote for every adult individual, right to speech, right to access property and right to education, quality of healthy living, quality of housing, traveling, vacationing and other social goods and services. It can also be viewed in the quality of family and neighborhood life, occupation, job satisfaction, and right to credit.

Social insecurity refers to a condition in a society where people do not receive benefits because of their employment program. For instance privilege for retirement pensions, disability insurance and employment guarantee program. The provision of services may vary from country to country which may include health care, financial support during unemployment or retirement, safety at work. Insecurity rises from temporary work that does not give a commitment by the agency for permanent employment. This does not provide a reliable level of income or work for the workers. Temporary workers face dismissal at work place and lack job security.

A recent study conducted in Canada revealed that the main difference between inequality and insecurity. Inequality describes the situation where the workers with equal labor productivity, ability, education, training and experience are treated unequal. They face inequality in employment selection procedure, job promotion, level of wages, training and other areas. However, insecurity is a situation where an employee has a perception that his or her job is uncertain and may come to an end sooner or later. This perception stands as a threat caused by the instability and unsteadiness of job or unsatisfied for possibly being fired at any time. The major causes of inequality and insecurity are different. Work inequality is affected characteristics like racism, gender inequality, skin color, age, family background, tradition, religion, physical fitness and the nationality of a person. However, work insecurity depends on work background, job importance, job content, work environment, job satisfaction and career development.

The effect of social inequality and insecurity on Canadian society is the division of labor market into good jobs and bad jobs. Social Inequality is dominated by professional and skilled workers and social insecurity is dominated by women and racist groups. The bad jobs provide little security of job and nearly about one tenth of the Canadian population is engaged in it. The birth of non-standard jobs is due to inequality as there is vulnerability of unemployment. Therefore, people hold multiple jobs at a time for survival. Temporary work is also a form of non-standard jobs wherein the job is dependent on the season and terms of contract with the company. A new type of agencies have been started which act as a broker between the employee and the employer. These agencies make arrangements for the temporary positions and individuals seeking jobs. The agency’s income is derived from the difference between what it charges the company and what it pays the individual worker. Self-employment is referred to as a means to achieve flexibility and freedom from the regular unemployment, low wages, and insecurity. It is segmented between a primary and a secondary market. In the primary self-employment market, companies run on full-time basis and often have few employees who have access to the benefits. This market segment mostly consists of older men who all have an established network of potential clients. In the secondary self-employment market, there is more uncertainty of work, lack of control of labor market and protection and inadequate incomes.

Studies have revealed that insecurity in Canada has increased over the past 20 years. The possibility of unemployment is a significant reason for insecurity in Canada. It varies from workers in permanent full-time jobs to workers in temporary positions in contract. “Churn” refers to the very high turnover rates associated with certain occupations. A number of jobs, such as contract work and seasonal jobs show insecurity in their nature. Unemployment risk is higher for working individuals (25-64 years age) having a high school diploma or nothing. Unemployment risk is also higher for those in the primary sector than in the tertiary sector. But some areas of the tertiary sector, such as health and education, show low unemployment and infrequent job changes. While jobs like in hospitality and food services show higher unemployment and high turnover rates due to seasonal variations.

In 2010, minimum wage levels ranged from $7.5 per hour in British Columbia to $9.5 per hour in Ontario. An individual earning $8.00 per hour and working forty hours per week will earn $16000 per year, if that individual does not take any off from work for the entire year. This individual living anywhere in Canada likely to have housing or other living expenses, job changes and will live below the low-income cut-off rate.

The major causes of inequality in Canada were studied and deduced as follows:-

The labor market patterns of older section of people are also changing particularly due to the factors like loss of jobs, pensions and mandatory retirement. The income level due to these conditions has not allowed them to purchase property or save money for retirement. Young workers constitute another group who face unemployment in Canada due to lack of experience which plays the major reason for their condition. 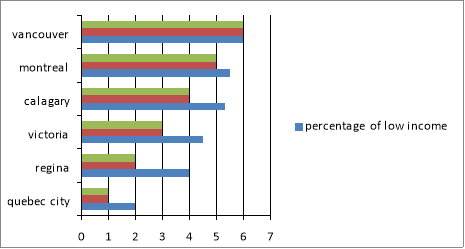 Fig 1:-The above graph is a study conducted in year 2009 showing the low income rate among various countries using MBM. 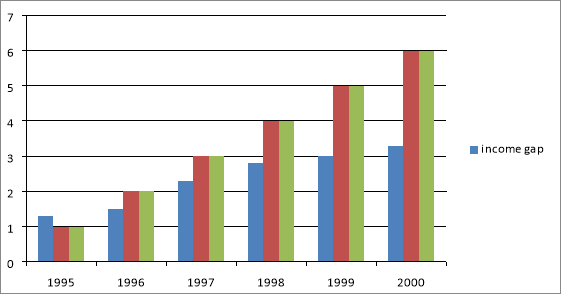 Fig 2:-The above graph shows the income gap between the rich and the poorest groups in Canada over the past 10 years.

The effective policies brought in by the Canadian government to reduce inequality in Canada are changes in wages and salaries distribution. The changes are as follows: